The Sabancı University Center of Excellence in Finance (CEF) established with the founding sponsorship of Akbank to achieve excellence in finance hosted a lecture by Harvard Business School Entrepreneurial Management Unit Head and Jacob H. Schiff Professor of Investment Banking Josh Lerner at the Sabancı Center on Tuesday, February 28, 2017.

In his lecture titled "The Future of Venture Capital and Private Equity”, Lerner discussed the development of venture capital and private equity over the years, and the current situation. Lerner said that venture capital and private equity did not exist as concepts in the early 1980, and grew exponentially in the last decade. Lerner reminded listeners of the 1987 crash, when the market collapse brought down a number of companies as well. He said that while people were worried that the same thing would happen in the 2008 crash, that crisis proved to be less destructive than the first one. He argued that the reason the 2008 crash was less devastating was the printing of money by central banks. According to Lerner, this helped many agreements survive, and even improve. Josh Lerner said that the venture capital model was disrupted five years ago and a dramatic improvement was achieved.

Josh Lerner said that the investors of private equity funds were seeking ways for direct investment due to the high management costs of funds. They preferred parallel or solo investments rather than investing through a fund. Lerner said, "Direct investment performance was high in the 1990s, but many more people started doing it by the 2000s and performance declined.”

Lerner also stated that although co-investments were expected to be better, they failed due to poor timing. He added that solo investments usually remained local. Speaking on the subject of governance, Josh Lerner made the following remarks:

- Historically, the performance of the highest-tier executives exceeds that of the lower tier.

- People who have had a previous success have a repeat success rate of 50%:

- There are deviations in venture capital investments and equity disclosures.

- The founding generation keeps the economics of a company in its grasp and does not delegate it to the next generation.

- As young and high-performing individuals, the largest segment in the economy, are estranged, decline becomes inevitable. Discussing issues in developing markets, Josh Lerner said, "Asian economies have achieved the highest growth in 35 years. A regression will begin in the next 10 years." Lerner said that while the middle class would remain stagnant in the US and Europe, people in developing countries had high aspirations. Emphasizing the profitability of emerging markets, Lerner said that they offered a good business environment.

Josh Lerner is the Jacob H. Schiff Professor of Investment Banking at Harvard Business School, and head of the Entrepreneurial Management unit. He graduated from Yale College with a special divisional major that combined physics with the history of technology, and worked for several years on issues concerning technological innovation and public policy at the Brookings Institution. He then earned a Ph.D. from Harvard's Economics Department. Much of his research focuses on venture capital and private equity organizations. He also examines policies on innovation and how they impact firm strategies. He teaches a doctoral course on entrepreneurship, and graduate courses on venture capital and private equity. Among other recognitions, he is the winner of the Swedish government’s Global Entrepreneurship Research Award. 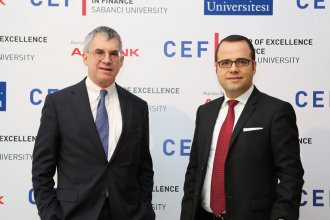 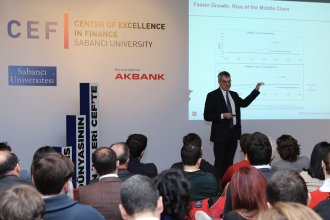 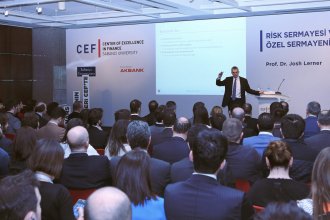 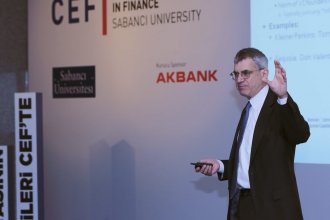