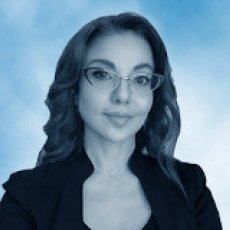 Dr. Akdoğu is an Associate Professor of Finance at the School of Management at Sabancı University. She earned her Bachelor's degree from Linfield College in Oregon in 1997, with a double major in mathematics and international business, followed by a Ph.D. degree in finance from Washington University in St. Louis in 2003. After finishing her doctoral studies, she started her career as an Assistant Professor of Finance in Southern Methodist University in the U.S. In 2008, she decided to continue her academic career in Turkey and joined Koç University. Since 2012, she has been a member of School of Management in Sabancı University. She is currently teaching Principles of Finance and Corporate Finance at both undergraduate and post-graduate programs.

Dr. Akdoğu has a number of theoretical and empirical scholarly publications on corporate finance, mergers & acquisitions and corporate investments. These studies have been published in internationally recognized high quality journals including Journal of Financial and Quantitative Analysis, Journal of Banking and Finance and Journal of Corporate Finance. 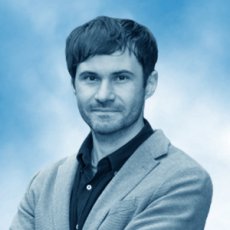 Professor Atılgan's research interests include determinants of equity returns, derivative markets, fixed-income instruments and asset pricing in emerging markets. His research has been published in various academic journals such as Journal of Financial Economics, Journal of Money, Credit and Banking, Journal of Banking and Finance and Journal of Business & Economic Statistics among others. He has also co-authored a book on risks and returns of investing in hedge funds published by Academic Press (Elsevier). 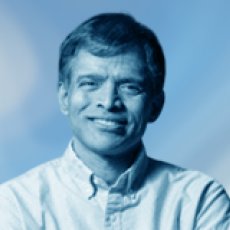 He has written four books on valuation (Damodaran on Valuation, Investment Valuation, The Dark Side of Valuation, The Little Book of Valuation), and two on corporate finance (Corporate Finance: Theory and Practice, Applied Corporate Finance: A User’s Manual). He has co-edited a book on investment management with Peter Bernstein (Investment Management), has a book on investment philosophies (Investment Philosophies) and one on “can’t miss” investment strategies, titled Investment Fables. He also has a book on the relationship between risk and value, Strategic Risk Taking, which takes a big picture view of how risk management affects value.

Aswath was a visiting lecturer at the University of California, Berkeley, from 1984 to 1986, where he received the Earl Cheit Outstanding Teaching Award in 1985. He has been at NYU since 1986, received the Stern School of Business Excellence in Teaching Award (awarded by the graduating class) in 1988, 1991, 1992, 1999, 2001, 2007, 2008, 2009 and 2013, and was the youngest winner of the University-wide Distinguished Teaching Award (in 1990). He was as one of the top twelve business school professors in the United States in 1994 and was in the US by MBA students across the country in a 2011 survey by Business Week. In 2012, he was chosen as one of the in the world by Poets and Quants, and his blog, Musings on Markets, was as one of the top ten stock market blogs in the world.

Özgür Demirtaş was born in Ankara, Turkey. He got his BS degree in Electrical and Electronics Engineering from Boğazici University in 1998. He earned his Ph.D. degree in Finance from Boston College in 2003. In the same year, he was appointed as a tenure track Assistant Professor at Baruch College, City University of New York. In 2004, he was elected as the best instructor within the Finance Department of the college. In 2005, he was elected as the best instructor within all the departments of the business school. In 2007, he was awarded with one of the prestigious medals of the University: The Presidential Award for Teaching Excellence. He earned a tenured Associate Professor position in the same year. In 2010, he was ranked within the top 20 list among more than one million professors evaluated by 10 million students in USA, Canada, England, and Scotland. He also taught classes at the New York University (NYU) Stern School of Business and he earned the highest evaluations in the finance department.

His academic work has been published in various academic journals. He published more than 35 academic articles in leading journals such as Management Science, Journal of Financial Economics, Journal of Monetary Economics, Journal of Financial and Quantitative Analysis, Review of Finance, and Journal of Business & Economic Statistics. He also published a book about hedge funds by Academic Press. His research has been rewarded by the City University of New York for six consecutive years. In 2012, he joined Sabanci University as a Chair Professor of Finance and achieved to be Marie-Curie Research fellow.

Prof. Özgür Demirtaş is a Founding Chairman of the Center of Excellence in Finance (CEF) at Sabanci University. He is a Board Member of Akbank, one of the leading banks of Turkey. He was also a Founding Board member of Turkey’s first Financial Literacy and Savings Association (FODER). He has been a consultant for several business organizations. He frequently acts as a chief advisor to large corporations and conglomerates. He develops risk management software for the insurance industry. He is one of the leading keynote speakers to leading corporations and he joins think tank organizations with leading policymakers to emphasize the importance of economic and financial development. He is also an angel investor particularly interested in biotech sector. 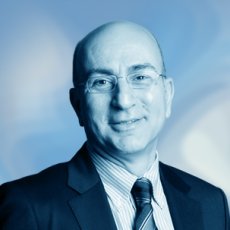 He served as Inspector of Finance in the Ministry of Finance and Treasury and as Head of Department, Deputy General Director, General Director and Deputy Undersecretary for Treasury. During these duties, he also served as the governor for both the World Bank and the EBRD on behalf of Turkish Government. He resigned from public service when he was Undersecretary of Treasury and moved to the private sector. He worked in various financial corporations as chairman and board member, columnist in Yeni Yüzyıl and Radikal newspapers and commentator in CNBCe and NTV channels. He also worked as lecturer at İstanbul Bilgi University and Kadir Has University.

He is currently working as lecturer at Altinbas University.

Egilmez has 20 published books and many articles in various periodicals.

Attila Köksal graduated from the Mechanical Engineering Department of Boğaziçi University in 1983 and received an MBA degree from Philadelphia Drexel University in 1985. He began his investment banking career at the Center for International Financial Research Inc. in Princeton, NJ. Throughout his career, he held managerial positions in a number of Turkish banks, brokerage houses and asset management companies.

Mr. Köksal served as the Chairman of the Board of Directors of the Turkish Capital Markets Association between 2011 and 2014. He also held board positions at the Turkish stock exchange (Borsa İstanbul) and at the derivatives exchange of Turkey (VOB A.Ş.). He also served six years on the global board of the CFA Institute.

He is currently a member of the board of directors of Turkish Digital Technologies A.Ş., a subsidiary of Turkish Bank, Türk Sigorta and WWF Turkey. He has been the Chairman of the Board of the Financial Literacy and Inclusion Association (FODER) since April 2019. 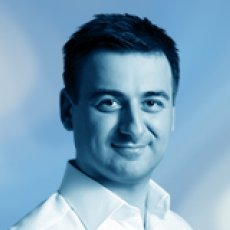 Dr. Simsir has a number of scholarly publications on Mergers & Acquisitions, Corporate Governance, Corporate Finance and Capital Markets in internationally recognized journals. He has been awarded research grants from the European Union and the Scientific and Technological Research Council of Turkey (TUBITAK). He serves as a referee and external consultant for academic journals and organizations.