Pamir Gelenbe: The Impact Of Blockchain Technology ON The Internet, Financial Services And Society

Pamir Gelenbe spoke in CEF seminar series The Sabancı University Center of Excellence in Finance (CEF) established with the founding sponsorship of Akbank held another seminar as part of its series with the most influential names in finance.

The speaker of the event was Pamir Gelenbe, a venture partner in Hummingbird Ventures who specifically focuses on digital currency and the blockchain technology. Gelenbe's lecture at the Sabancı Center on Thursday, July 24 was titled “The Impact of the Blockchain Technology on the Internet, Financial Services and Society”.

intermediaries and build truly decentralized networks since the 1980s, and the first largely working solution to this problem was the Bitcoin blockchain suggested in 2008. Gelenbe noted that decentralized blockchains such as Ethereum also had computational capabilities, concluding that such applications would lead to the finance system becoming more decentralized in the future. 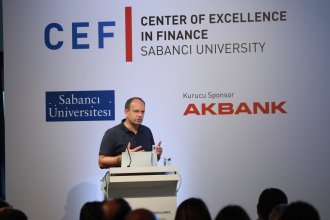 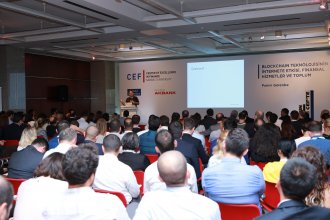 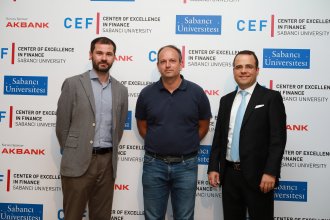