Center of Excellence in Finance (CEF) which has been established under Sabancı University with the founding sponsorship of Akbank has organized the panel entitled “Evaluation of the Economy in 2016 and A Detailed Look at 2017”.

Center of Excellence in Finance (CEF) which has been established under Sabancı University with the founding sponsorship of Akbank has organized the panel entitled “Evaluation of the Economy in 2016 and A Detailed Look at 2017”.

Center of Excellence in Finance (CEF) which has been founded by Sabancı University with the founding sponsorship of Akbank has organized a panel on Friday, 23 December 2016 at Sabancı Center.

The topic of the first part of the panel was global economic outlook and Turkey. In this part, the continuation of risk reduction in developed countries and its contribution to the long-term stagnation in investment decisions were highlighted. Moreover, it was pointed out that the world trade which is largely dependent on the trade of investment goods and raw materials has been severely wounded due to the decline in commodity prices. It was indicated that the uncertainties in global economic policies and the increase in expansionary policies have influenced policy rates and long-term interest rates in the US whereas exchange rates and interest rates were affected in emerging markets through volatile capital movements. The potential of risk-free rates to increase may also cause contraction in the financial conditions of emerging markets.

Issues such as which steps need to be taken to strengthen private investments and the investment environment in Turkey, what type of local/sectoral dynamics may emerge alongside global developments, which product portfolio could elevate Turkish exports to a structure with more value-added, and through which channels the growth in savings should come from were discussed.

In the second part of the paneş in which the equilibrium in the financial markets and monetary policy were addressed, Central Bank Head Economist Hakan Kara indicated that the inflation rate was kept in single digits despite a diverse set of shocks encountered during the inflation-targeting era but price stability has not yet been reached. Kara added that the experience of the recent years point out to the necessity of a collaborative effort for reaching price stability in a less costly and permanent way. Hakan Kara ended his words by indicating that “In the subsequent period, CBRT will be in an effort to increase the awareness regarding the structural issues that take prominence in the battle towards inflation and supporting the required technical infrastructure to achieve this goal in close communication with its partners.”

In the third part of the panel in which projections for 2017 were discussed, answers were sought for questions such as what type of a growth projectile and composition are expected for Turkey in 2017 and which fundamental macroeconomic risk parameters need to be monitored.

İş Investment Research Director Serhat Gürleyen stated that despite the appreciation of the dollar and the increase in interest rates, Turkish economy is expected to grow by 3.0% percent in 2017 with the push from domestic demand. Gürleyen made the point that Turkish growth will be primarily financed by bank credits and stressed also that the banking sector is in a strong enough position to shoulder Turkey with its robust capital and balance sheet structure. Serhat Gürleyen who stressed the decline in dollarization after the president’s call for a Turkish lira mobilization also stated that “The open currency positions of non-financial firms amounting to 210 billion dollars continue to exert pressure on the exchange rates in an environment in which portfolio withdrawals continue”. Serhat Gürleyen added that “We expect the inflation rate to increase by 150 basis points to 9.0% due to the depreciation of Turkish lira, hike in oil prices and the pressure that a 30% increase in the minimum wage will exert on collective labor agreements”. 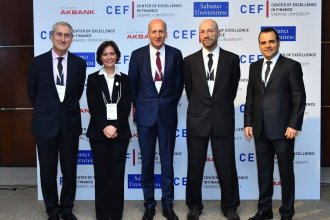 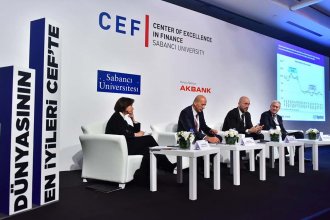