Aslı Demirgüç-Kunt, World Bank's Chief Economist for Europe and Central Asia, was the guest of Sabancı University Center of Excellence in Finance (CEF) for a seminar sponsored by Akbank in November.

Aslı Demirgüç-Kunt, Chief Economist of Europe and Central Asia Region of the World Bank, was the guest of Sabancı University Center of Excellence in Finance (CEF) on November 15th for the “Banking Regulations and Supervision: Ten Years After the Global Financial Crisis” seminar.

Aslı Demirgüç-Kunt, World Bank's Chief Economist for Europe and Central Asia, was the guest of Sabancı University Center of Excellence in Finance (CEF) for a seminar sponsored by Akbank in November. In the seminar held at Sabancı Center on November 15th, Demirgüç-Kunt delivered a presentation on “Banking Regulations and Supervision: Ten Years After the Global Financial Crisis”.

Aslı Demirgüç-Kunt said "The global financial crisis really brought about a very intense process of reorganization. This is seen in both high-income countries and developing countries." Demirgüç-Kunt touched upon the developments in the decade after the economic crisis and the report prepared on this issue.

Demirgüç-Kunt stated that the global economic crisis led to a lot of reform efforts and said that these reforms were seen in the area of banking supervision and regulation.

Demirgüç-Kunt said that a decade has passed after the economic crisis and added that they had prepared various reports to investigate the effects of the crisis. "The economic crisis hit the economies with high income. For this reason, we focused more on these economies. We also wanted to touch upon the impact of the crisis on developing countries. We have been able to present a large data report on bank audits and regulations. This data report includes surveys covering the period after the crisis. That is, we have examined how the effects of the crisis have transformed and changed since the crisis. New data analyses and research also contribute to our policy discussions."

Aslı Demirgüç-Kunt shared the results of a study on banking supervision and regulations with the representatives of the financial sector. She said “Around 80 percent of the participants said that financial regulations are needed and are useful to reduce international shocks. Around 60 percent touched upon the risks resulting from regulations caused by reforms and banking risks.”

Regarding the total impact of regulatory reforms, Demirgüç-Kunt said, “We looked at the impact of the reforms in developing countries. Only 45 percent of the respondents said these effects would be positive, while the rest thought they would either have no effect or have a negative effect. In fact, there are many different opinions. This diversity also shows that there are very few data and analyzes."

"People’s memories of the crisis are left behind"

Aslı Demirgüç-Kunt pointed out that the global financial crisis brought about a very intensive reregulation process. "This is seen in both high-income countries and developing countries. People's memories of the crisis are slowly left behind. Regulatory institutions, states and governments perhaps display a greater attitude of abstention because people have gradually started to forget the crisis."

Aslı Demirgüç-Kunt stated that they believe that more steps should be taken in general. “The results are pleasing in terms of market discipline and capital requirements. Very good work has been done, but we know that the resolution of the crisis has ultimately led to many rescue packages."

Aslı Demirgüç-Kunt stated that they have not yet seen whether the reforms implemented to prevent excessive risks are sufficiently effective or not, and that market discipline has not improved as much as desired yet, and mixed results are seen in capital requirements.

Stating that they have been working in different fields in different countries for many years, Aslı Demirgüç-Kunt stated that a single solution is not suitable for every country and that not every solution can be useful in developing countries.

"Technological advancements bring along a number of risks"

Demirgüç-Kunt stressed that it is very important to work on issues of transparency and information sharing and said, "The work of regulatory and supervisory agencies will become more difficult in the coming days, because globalization and technological developments continue. In the end, maybe everything will be more difficult. Technological developments and changes bring about a number of opportunities, as well as many risks."

Demirgüç-Kunt who also developed the Global Financial Development Report series and the Global Findex financial participation database, served as the President of the International Atlantic Economic Community (2013-14) and the Director of the Western Economic Association (2015-18) and is on the editorial boards of various professional journals.

Prior to working for the World Bank, she was an Economist at the Federal Reserve Bank of Cleveland. She holds a Ph.D. and M.A. in economics from Ohio State University. 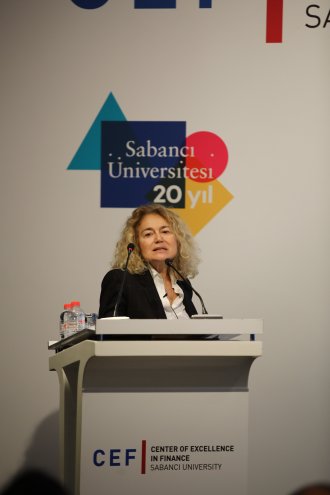 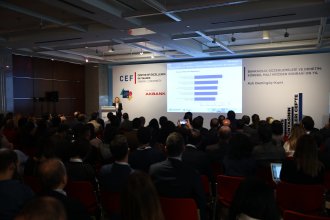 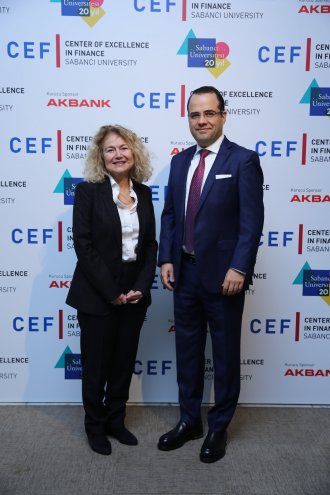